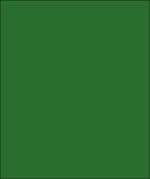 Johann Friedrich von Uffenbach was a wealthy scion of a Frankfurt patrician family, of hereditary nobility, and the younger brother of Zacharias Conrad (1683-1734), one of the greatest book collectors and manuscript specialists of his time. He first studied under the mathematical rationalist Enlightenment philosopher Christian Wolff (1679-1754) in Halle before earning a law degree from the University of Strasbourg in 1714. As a European traveler, he kept detailed travel diaries and lived in Frankfurt as a private scholar with technical, natural history and artistic interests, a collector of books, instruments, paintings, drawings and prints. His enthusiasm for everything technical, measurable and newly invented led to experimental learning in a wide variety of fields, but - since there was no compulsion to earn a living - rarely to long-term employment. Practical evidence of Uffenbach's activities are, for example, a renovated bridge over the Main, various large fireworks, diverse music and an opera as well as some copperplate engravings. His scientific activities are documented in handwritten records, such as more than 8,000 pages of travel diaries, five volumes of minutes of meetings of his learned society founded in Frankfurt, numerous letters and manuscripts of unpublished writings: Uffenbach enjoyed traveling, learning, reading and testing, but the breadth of his studies was more important to him than their depth. Uffenbach's own handwritten catalogs and inventories of the collections correlated manuscripts with printed books in the library, instruments, models, drawings, and copper engravings. The result was a complex, multi-part working tool that he bequeathed in 1736 to the newly founded University of Göttingen, which received it after his death in 1770. Translated with www.DeepL.com/Translator (free version)