An Archaeological Assessment : A Worshipful Town and Famous City 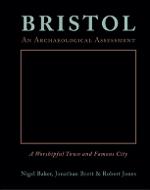 Bristol is a major city and port in the south-west of England. In medieval times, it became the third largest city in the kingdom, behind London and York. Bristol was founded in the late Saxon period and grew rapidly in the 12th and 13th centuries. Initially, seaborne trading links with Ireland and France were particularly significant; later, from the 16th century onwards, the city became a focus for trade with Iberia, Africa, and the New World. This led to the growth of new industries such as brass manufacture, glass production and sugar refining, producing items for export, and processing imported raw materials. Bristol also derived wealth from the slave trade between Africa and the New World. The city has a long history of antiquarian and archaeological investigation. This volume provides, for the first time, a comprehensive overview of the historical development of Bristol, based on archaeological and architectural evidence.Part 1 describes the geological and topographical context of Bristol and discusses evidence for the environment prior to the foundation of the city. The history of archaeological work in Bristol is discussed in detail, as is the pictorial record and the cartographic evidence for the city. In Part 2, a series of period-based chapters considers the historical background and archaeological evidence for Bristol’s development from the prehistoric, Roman, and post-Roman eras through the establishment and growth of Bristol between about 950 and 1200 AD; the medieval city; early modern period; and the period from 1700 to 1900 AD, when Bristol was particularly important for its role in transatlantic trade. Each chapter discusses the major civic, military, and religious monuments of the time and the complex topographical evolution of the city. Part 3 assesses the significance of Bristol’s archaeology and presents a range of themes for future research.