Westward on the High-Hilled Plains

The Later Prehistory of the West Midlands 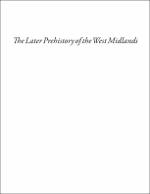 The West Midlands has struggled archaeologically to project a distinct regional identity, having largely been defined by reference to other areas with a stronger cultural identity and history, such as Wessex the South-West, and the North. Only occasionally has the West Midlands come to prominence, for instance in the middle Saxon period (viz. the kingdom of Mercia), or, much later, with rural south Shropshire being the birthplace of the Industrial Revolution. Yet it is a region rich in natural mineral resources, set amidst readily productive farmland, and with major rivers, such as the Severn, facilitating transportation. The scale of its later prehistoric monuments, notably the hillforts, proclaims the centralisation of some functions, whether for security, exchange or emulation, while society supported the production and widespread distribution of specialised craft goods. Finally, towards the close of prehistory, localised kingdoms can be seen to emerge into view. In the course of reviewing the evidence for later prehistory from the Middle Bronze Age to Late Iron Age, the papers presented here adopt a variety of approaches, being either regional, county-wide, or thematic (eg. by site type, or artefactual typology), and they also encompass the wider landscape as reconstructed from environmental evidence. This is the second volume in a series – The Making of the West Midlands – that explores the archaeology of the English West Midlands region from the Lower Palaeolithic onwards. These volumes, based on a series of West Midlands Research Framework seminars, aim to transform perceptions of the nature and significance of the archaeological evidence across a large part of central Britain.